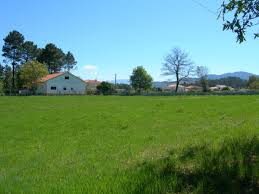 The new bill imposing VAT on building land has been approved by parliament and will come into force on 2nd January 2018 some ten years after the deadline set by the European Union.The law in question should have been passed by January 1, 2008 and delays prompted the EU Commission to warn Cyprus repeatedly with stiff fines.

The new law will come into force on January 2, 2018. House finance committee chairman, DISY leader Averof Neophytou said VAT can be recouped and will only be imposed in cases where the land is sold by a company or businessman registered with the VAT service. Neophytou said the new arrangement could create some short- or medium-term liquidity problems. He reminded parliament that Cyprus has already received a second official warning from the European Commission over the delay in passing the bill.

Some MPs voiced concern over the way the law would be applied by the tax commissioner who has the power to decide whether a transaction is commercial or not. Main opposition AKEL warned about the possibility of newly-weds having to pay the tax when buying a plot to build their home. AKEL MP Giorgos Loukaides said there was nothing in the bill ensuring it would not happen. “We have not in any way ensured that new couples will be exempted from paying tax on their first house,” Loukaides said. The land falling under the category of undeveloped building land will be determined by regulations passed by parliament. Protected zones and farming land will be exempted. VAT will be imposed on all sales of building plots taking place as part of economic activity. According to the tax commissioner, any other cases will be examined individually.